On 15 October 2015 more than 100 cities from all over the world, convened to Milan to sign the Milan Urban Food Policy Pact, the first international protocol through which Mayors commit to develop sustainable food systems to grant healthy and accessible food to all, protect biodiversity and fight against food waste.

The event, hosted in beautiful Palazzo Reale in Milan, has been attended by over 100 cities’ delegations as well as international guests, among which the FAO Director General José Graziano Da Silva, the Italian Minister of Agriculture, Food and Forestry Policies Maurizio Martina, the European Commissioners for International Cooperation and Development Neven Mimica and Commissioner for Health and Food Safety Vytenis Andriukaitis. Charles, the Prince of Wales, delivered a video message to the gathering and Carlo Petrini did it as well in presence.

Mayors and delegates simultaneously signed the adhesion to the protocol through a tablet endowed with a dedicated app.

The momentum around sustainable food systems was high, also due to the fact that the city of Milan was hosting the Universal Exhibition on “Feeding the Planet, Energy for Life”.

The day after, on 16th of October, the Milan Urban Food Policy Pact has been presented to the UN Secretary General Ban Ki-Moon at Expo 2015 site on the occasion of the World Food Day. The MUFPP and its growing community was born. 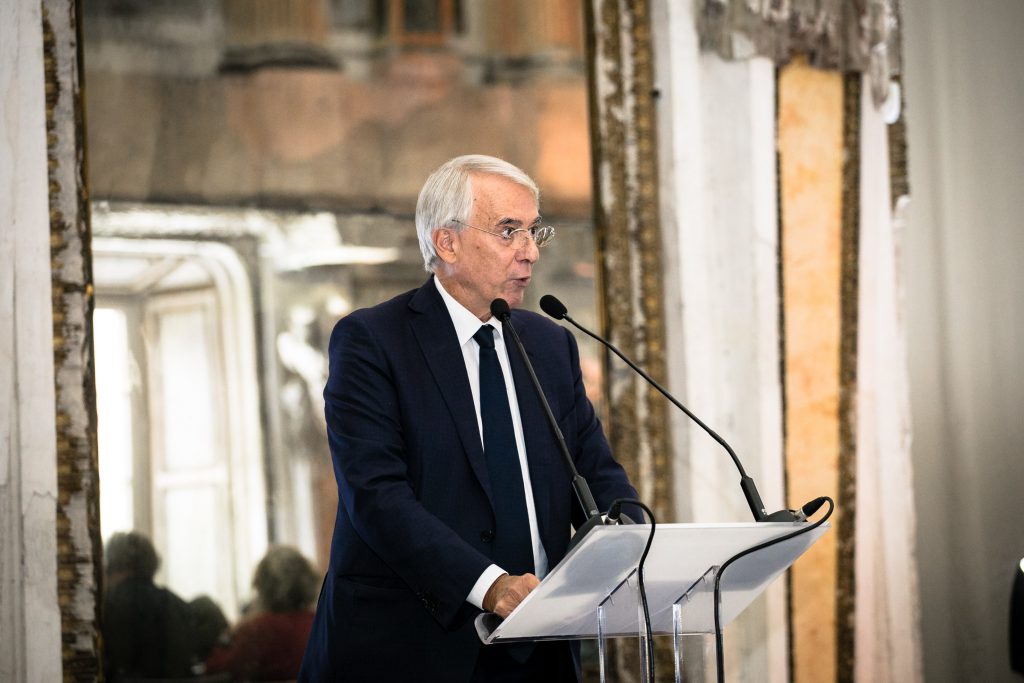 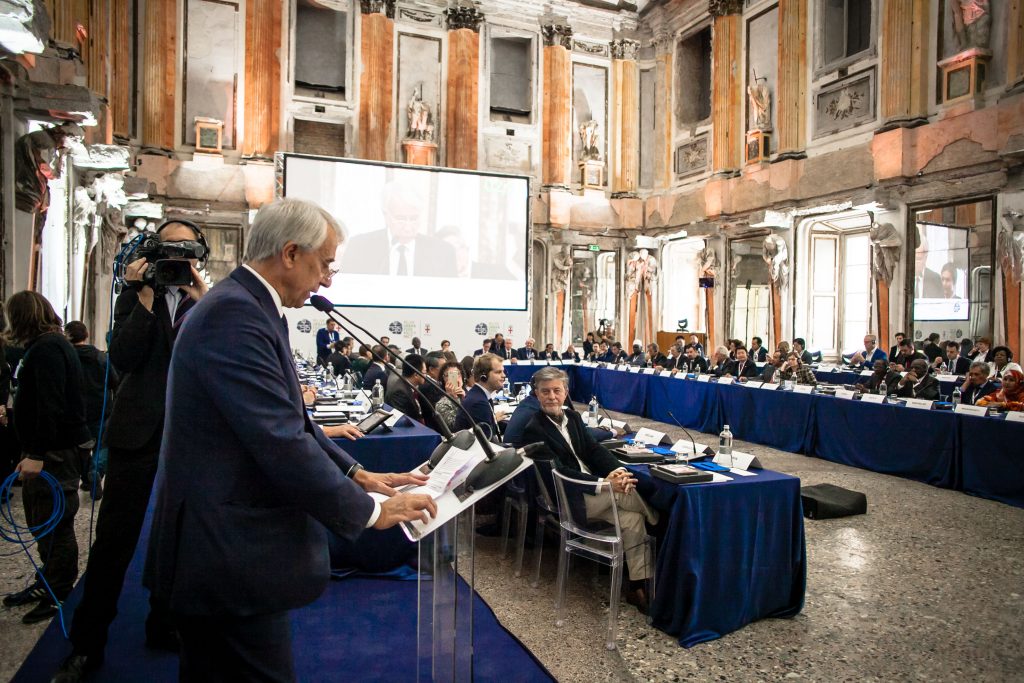 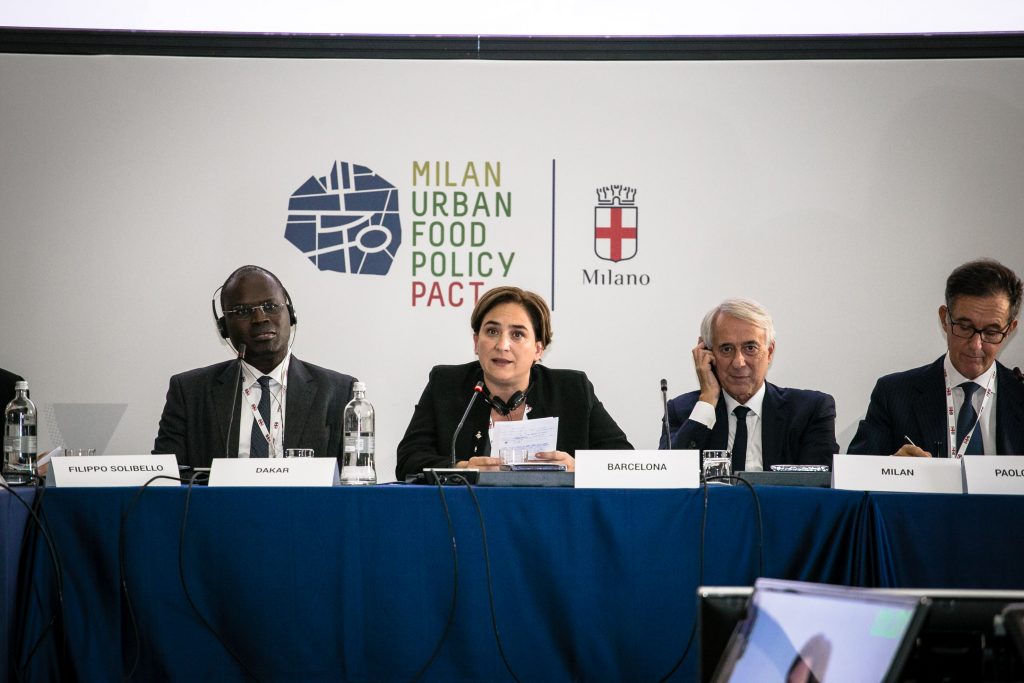 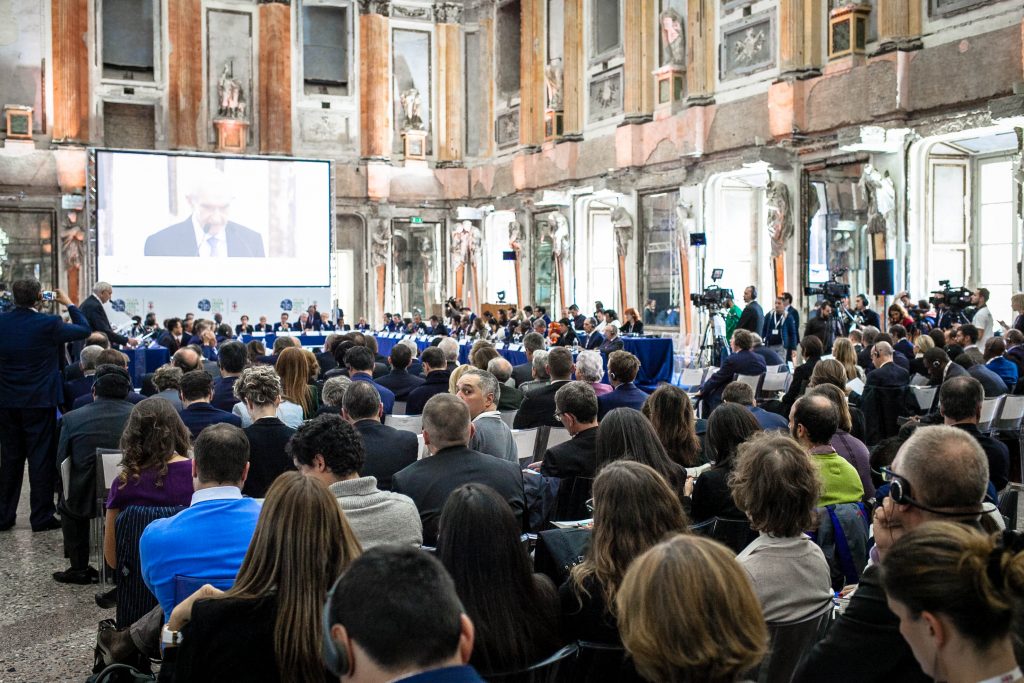 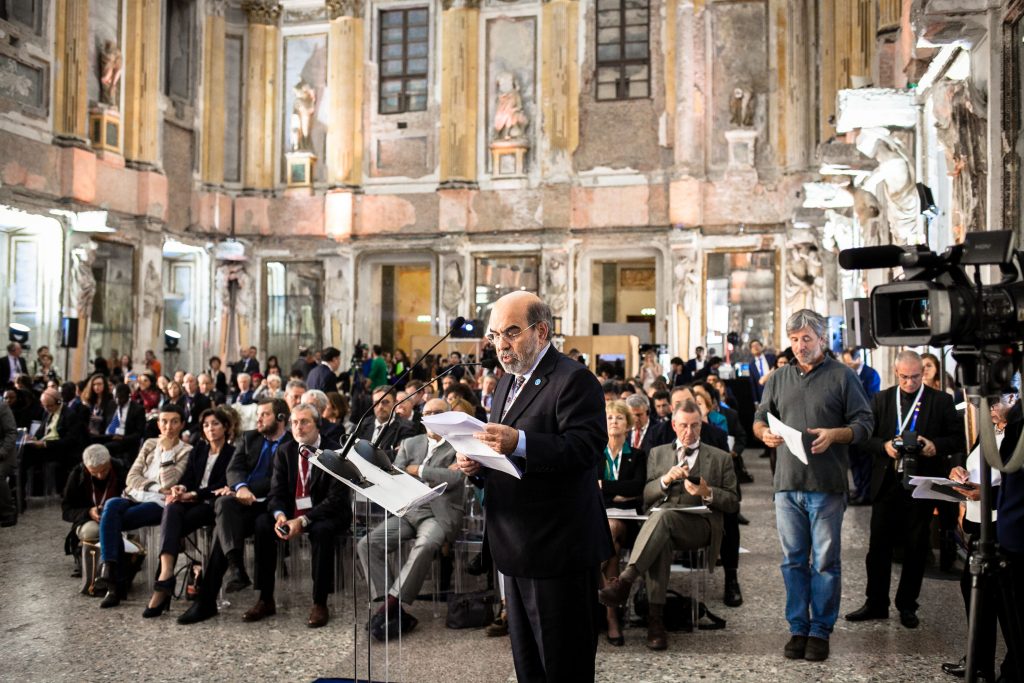 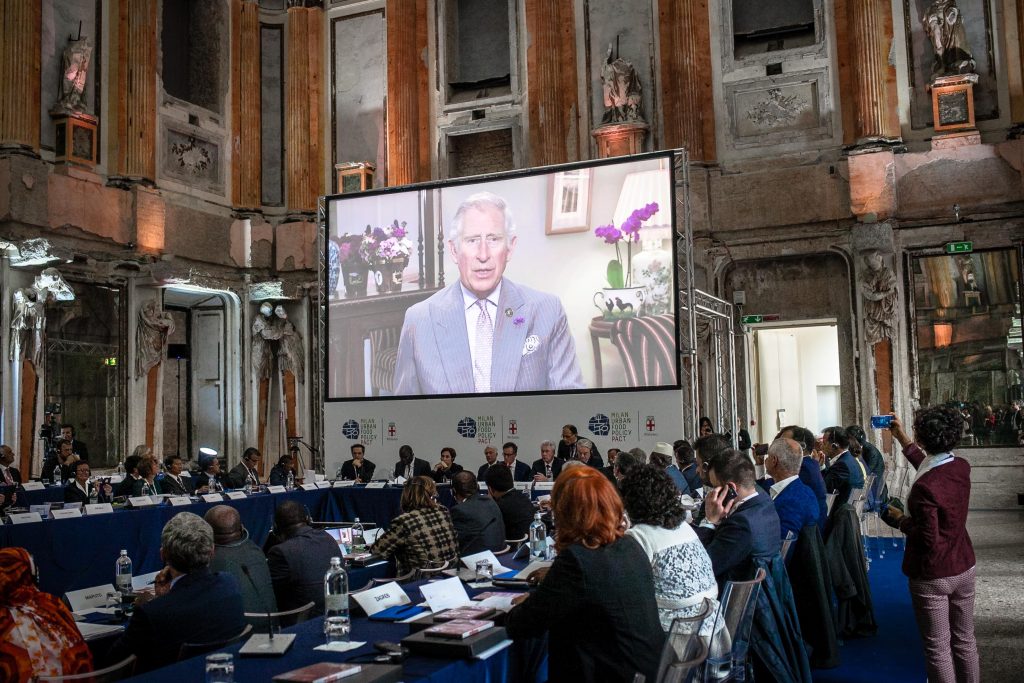 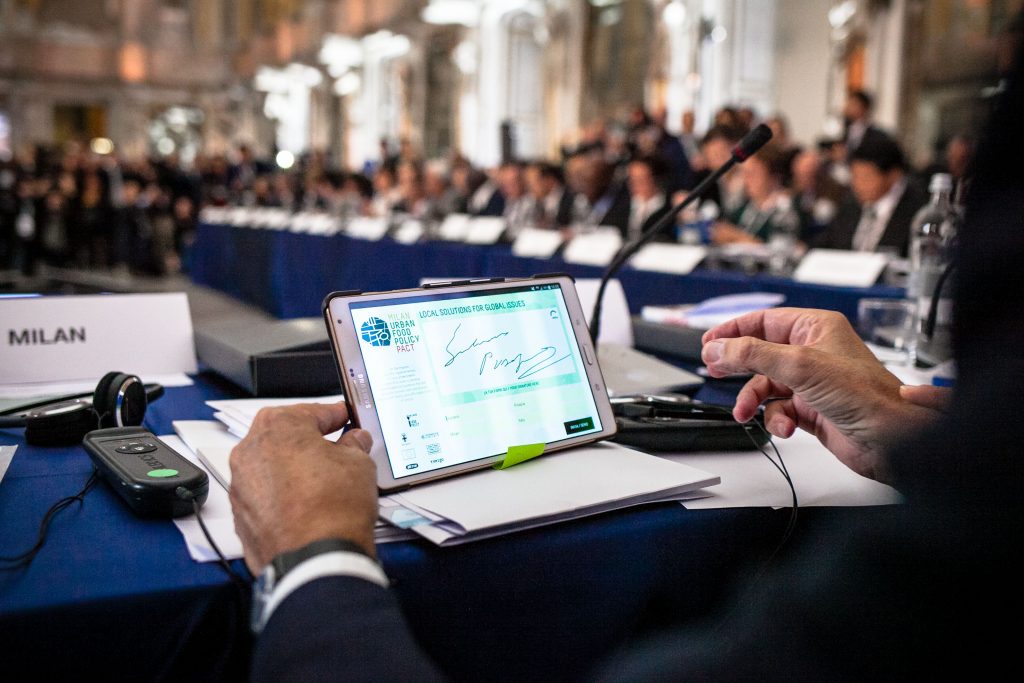 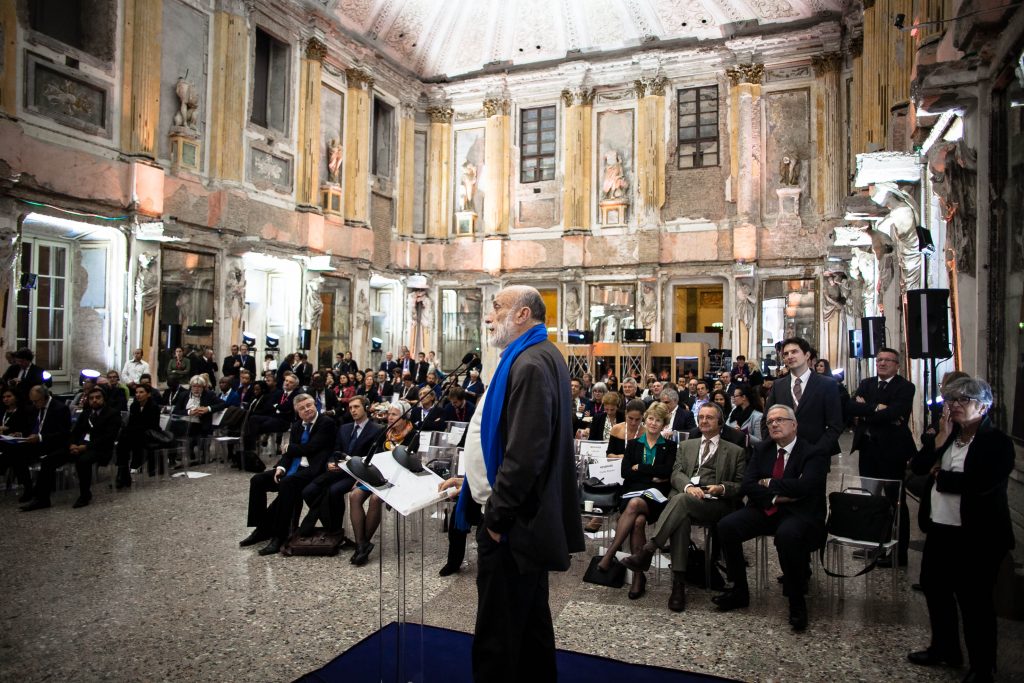 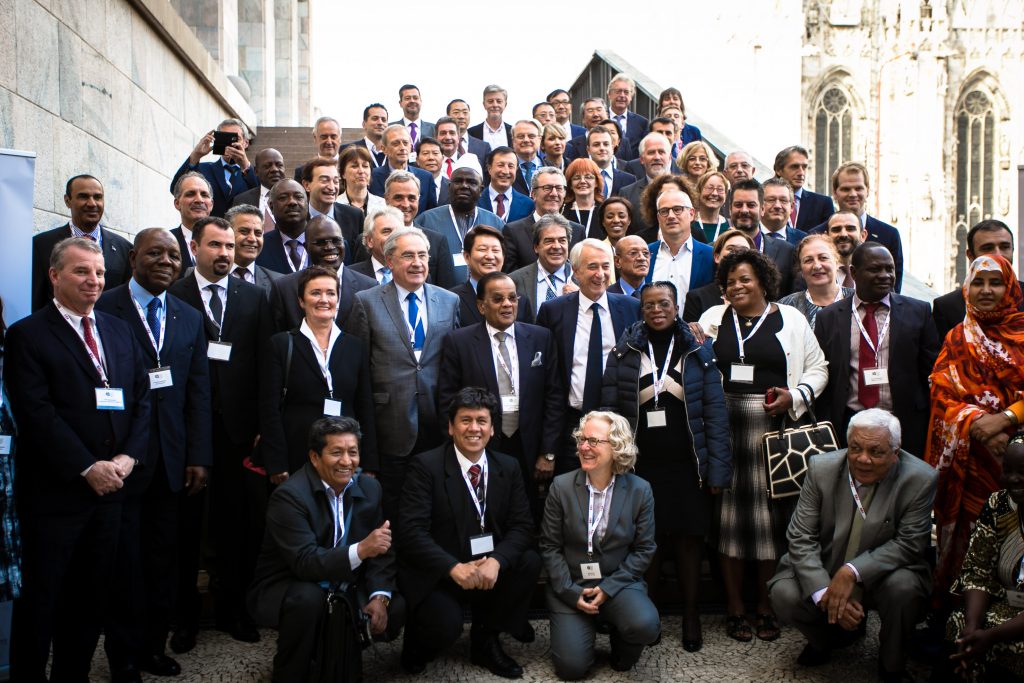