In the last few years, the Milan Urban Food Policy Pact has been working hard towards the goal of strengthening its relations in the Asia Pacific region. This has been made possible also thanks to the International Urban and Regional Cooperation (IURC) programme, an EU founded project in which Milan has been selected to work with the Bangkok Metropolitan Administration for the following year.

On a broader spectrum, as mentioned before, Milan is and will be leading a cluster on urban food policy through the organisation of a series of webinars whose main focus is the Asia Pacific region.

On 5th of April 2022, following a very fruitful first meeting among the two cities back in March, the first of six webinars on the categories of the Milan Urban Food Policy Pact under the umbrella Asia Pacific Food Policy Training was held thanks to the cooperation between the MUFPP Secretariat and the IURC programme.

Focusing on Governance, first category of the Milan Pact, this webinar was structured as follows: a brief introduction to the topic shedding some light on recommended actions and indicators coming from the Milan Urban Food Policy Pact in order to boost the development of relevant actions on the topic.

Then two best practices coming from Europe were presented along with the great experience coming from the Milan approach to governance.

It was time to learn about the experiences from the cities of Seoul (South Korea) and Wellington (New Zealand).

Particularly significant was, in fact, both Seoul’s and Wellington’s involvement. Notably Seoul’s representative shared the importance behind involving citizens on such matters, while Wellington, on the other hand, reaffirmed the value of well-coordinated actions from both the government and the indigenous community.

As no one should be denied a hearty meal no matter one’s financial status, the city of Seoul, in accordance with the Milan Pact, has established in 2017 the Food Citizens’ Committee that promotes healthy eating habits with a strong participation from the community. In addition to exploring a variety of agendas, the committee has also been conducting surveys on the status of food in each of the 25 autonomous districts that make up the capital. The presentation shed light on the importance of creating a food policy council within the city.

Wellington City Council, first city in Aotearoa to sign up to the Milan Urban Food Policy Pact, stresses the importance of a well-constructed Action Plan as it creates “a committed framework and road map for the city government’s decisions, publicly communicates the direction the city is going with, invites innovation and collaboration with multiple stakeholders” while also declaring the city’s  vision: “all Wellingtonians have resilient access to good food, produced in a way that respects people and our planet – now and in the future”.

The seminar was a successful and fruitful one as it gathered many attendees from the Asia Pacific region, who were willing to share their experiences and learn from one another.

If you want to see the full session, you can find it below 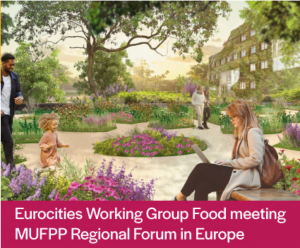 Eurocities and MUFPP European cities will be meeting on 22-24 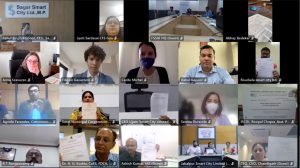 Onboarding ceremony of 11 Indian cities in the MUFPP

On the 12th of April the MUFPP Secretariat, along with

Submit your practices to the Milan Pact Awards 2022

The MUFPP Secretariat is proud to announce the 6th edition

On 16th March, the MUFPP Secretariat has been invited to 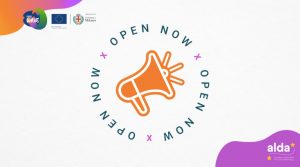