One year ago, Mayor Marcelo Crivella inaugurated the First Regional Forum of Latin-American Signatory Cities of the Milan Urban Food Policy Pact. Held at the Museum of Art of Rio (MAR), from May 29 to 31, 2019, Mayor Crivella presented the main projects that the City Hall has been working to offer safe, diversified, affordable, and healthy food to Rio’s inhabitants. Based on a human rights perspective and focused on the reduction of waste and biodiversity conservation, it is also adapted to climate change in order to mitigate its effects.

Actions during the pandemic

The City of Rio de Janeiro has been playing its role as a regional leader in promoting articulation in favor of food security, which can also be seen in the way the commitments of the Milan Pact have been respected and followed in order to deal with the challenges of the new coronavirus.

Popular restaurants are one of these projects, whose objective is to provide not only food security, but also food safety and dignity for people in vulnerable situations. To guarantee the right to food during the pandemic, the City of Rio extended the opening hours at the three restaurant units (Bangu, Campo Grande and Bonsucesso) and included dinner service for the same price as lunch meals, R$ 2,00 (approximately US$ 0,40).

The Municipality has also adapted the operation of the restaurants to avoid contamination of the virus. In addition, to help vulnerable groups and people with reduced mobility living in poor communities, the three Popular Restaurants are taking orders from residents’ associations, which can buy up to 100 meals to deliver to those in need.

The City Hall is also working to minimize the impact of the coronavirus pandemic on access to food. About 50,000 based food baskets are being distributed to informal workers, self-employed taxi drivers and street vendors.

Regarding the feeding of students in public schools, with the objective of guaranteeing the nutritional security for all, after the closure of public schools, the Municipal Department of Education is distributing food vouchers worth R$ 100, which can be recharged monthly, to buy food in supermarkets, while schools are closed.

The municipality has also reinforced the adoption of routine care related to the environment and food safety. It launched the “Healthy Eating Report” on existing rules, protocols, and legislation that contribute to minimizing the risks of contamination of the new virus and other diseases, such as gastroenteritis from food handling.

All vegetable production of the Hortas Cariocas Program (urban farmers) started to be donated to the 42 communities that are already part of the project. The donation will be expanded with the inclusion of other fortifying foods, such as sweet potatoes, pumpkin, and cassava. About six tons of healthy food with high nutritional value will be donated each month to families living in low-income communities and facing social problems due to the new coronavirus crisis. The Hortas Cariocas Program produces vegetables grown exclusively with the use of organic products.

Urban farmers also started to produce fish, reinforcing a healthy diet during the pandemic. All products will be donated to the regions where the gardens are located. Fish production is unprecedented and will become a legacy after the pandemic for urban farms.

About 3,000 tilapia – weighing around 2,500 kilos – will be donated. This will be the first delivery of fish from the Hortas Cariocas Program, after the introduction of aquaponics technology (vegetable cultivation associated with fish farming) made by the Municipal Environment Department.

The event was a regional landmark on food and nutrition security, as Rio de Janeiro played a regional leadership role in promoting the Milan Pact principles and guidelines.

Together with experts from international and national organizations and mayors and government representatives from cities in Latin America and Europe, the Latin American Alliance for the Milan Pact was established, through the Rio Declaration, which defines as a priority for the Latin American region to increase food security through urban public policies that contribute to sustainability, the strengthening of identity and the reduction of inequalities.

The event also count with the participation of the ‘Maré de Sabores’ Project, carried out by Redes da Maré and which has been operating for nine years training kitchen professionals. Born from the demand of mothers interested in improving their children’s diets, the ‘Maré de Sabores’ was responsible for the event buffet, which menu was elaborated with typical meals of the migrants who formed the Complexo da Maré population in Rio de Janeiro.

On the last day of the meeting, a delegation of 30 representatives of  FAO, together with others from Latin American cities present at the meeting, had lunch at the Marechal Hermes Child Development Space, in Botafogo.

Visitors had a display of the School Feeding Program of the City of Rio, which offers more than 1 million meals a day to students from municipal school units under technical and nutritional guidance from the Annes Dias Municipal Institute – INAD.

Argentina, Guatemala, El Salvador, Granada, Belize, Jamaica, Paraguay, Haiti, and Nicaragua were some of the nations represented during lunch at the school.

The fourth recap of the 7th MUFPP Global Forum, that

The third focus from the 7th Global Forum of the 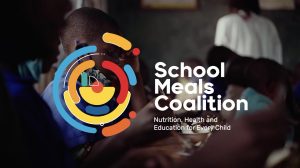 The “State of the Pact and the regionalisation strategies” plenary, the “Food infrastructure to feed cities” session and “The role of wholesale markets” side event

The 25th of October 2021 was held the second Seoul