A civil unrest took place in late 2007 and early 2008 in which supply routes of food to the city were cut-off. There was an acute food insecurity in the city but existing tools could not detect it. This practice was therefore necessitated by the insensitivity of existing tools of monitoring food security. The city government is leading in implementation of the practice under official partnership with other governmental and non-governmental actors.

The goals of UEWEA are:
To scientifically document the food situation of city population in 4 categories, so that contingency plans for each category may be rolled out.
To identify food insecure urban population at the emergency level so that rapid response measures may be instituted to save lives.

Enumerators are sent to the community every two months to collect data on the 5 indicators using randomized stratified sampling method. Data is collected using GPS-enabled cell phones and submitted electronically. The reports of the surveillance are disseminated promptly to stakeholders and role players. When the thresholds have been surpassed negatively, the surveillance tool also triggers early action in respect of each of the situations with the aim of alleviating the food insecurity and reverting the status of the community back to “normal”.

The mitigation measures applied during food security emergency include food relief rations and cash transfers. At alert and alarm phases, capacity is given to the community to improve their situation toward “normal” such as heightened agricultural extension while identifying the vulnerable persons and stockpiling food and nutritional supplements.

So far, 6 surveillance missions have been carried out. Trends have emerged from the practice where the levels of food vulnerability are becoming predictable and this would improve planning.

The UEWEA tool and practice clearly identifies food-vulnerable populations who are actually the respondents in the surveillance component. The cause of the vulnerability is identified through each of the 5 indicators using quantitative data and therefore clearly informs specific interventions, such as boosting of incomes, mitigation of shocks, and management of impacts of food prices. The targeted community has 203,000 households with a dependent ratio of ‘I household to 6 persons. d0 \lsdpri

For its commitment to define an urban early warning initiative to assess food insecurity levels in neighbourhoods, thanks to a set of 5 indicators.
Its tool identified 203,000 households at risk in the city, providing them an innovative food security surveillance. 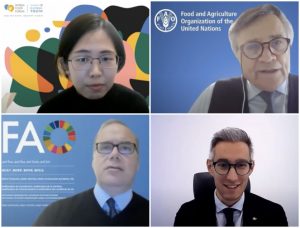 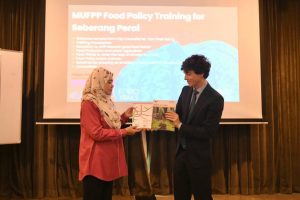 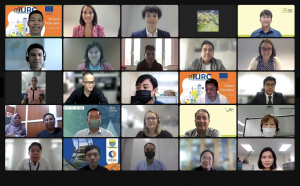 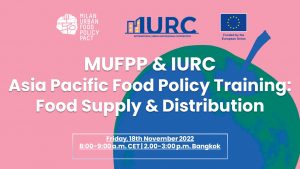 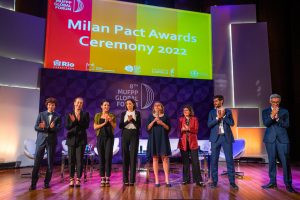